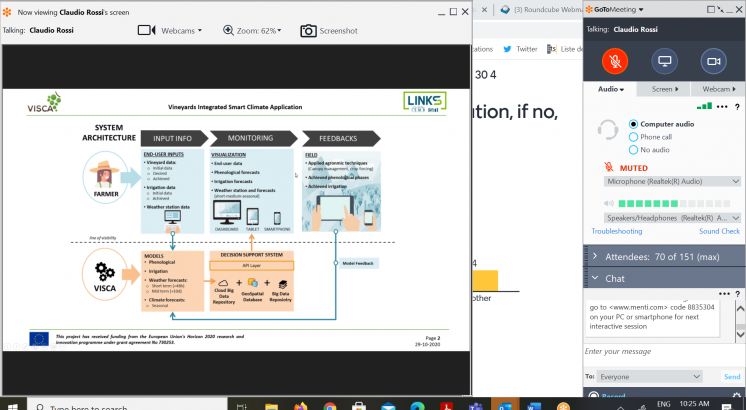 On 29th October 2020, VISCA consortium organized an e-Workshop to present the latest release of VISCA Decision Support System (DSS) & its added value through a live demo. The DSS is a Progressive Web Application which integrates climate and agricultural models with farmers’ management specifications in order to design short practices, medium- and long-term adaptation strategies to climate change. The live demo showed the integrated dashboard of the DSS with its 3 main widgets (phenology, irrigation and weather forecasts) as well as the features in relation to the map-based visualization.

Furthermore, the preliminary results and key findings were presented from the demonstration sites in Italy, Portugal and Spain in terms of the validation of the DSS as well as the results from the agronomic techniques: crop forcing and shoot trimming. In addition to that, the commercial opportunities and exploitation options were briefly discussed.

VISCA e-Workshop was very interactive with regular feedback collection and Q&A sessions. It attracted around 80 participants with a variety of profiles: viticulturists, wine producers, scientists, agricultural communities, software providers, entrepreneurs, media, among others who connected to the e-Workshop from 11 countries: Belgium, France, Germany, Greece, Italy, Netherlands, Portugal, Serbia, Spain, Tunisia and the UK. The participants contributed to the e-workshop enormously with their feedback, suggestions and inquiries. They were also invited to the Final Conference which is planned for the 15th December this year. 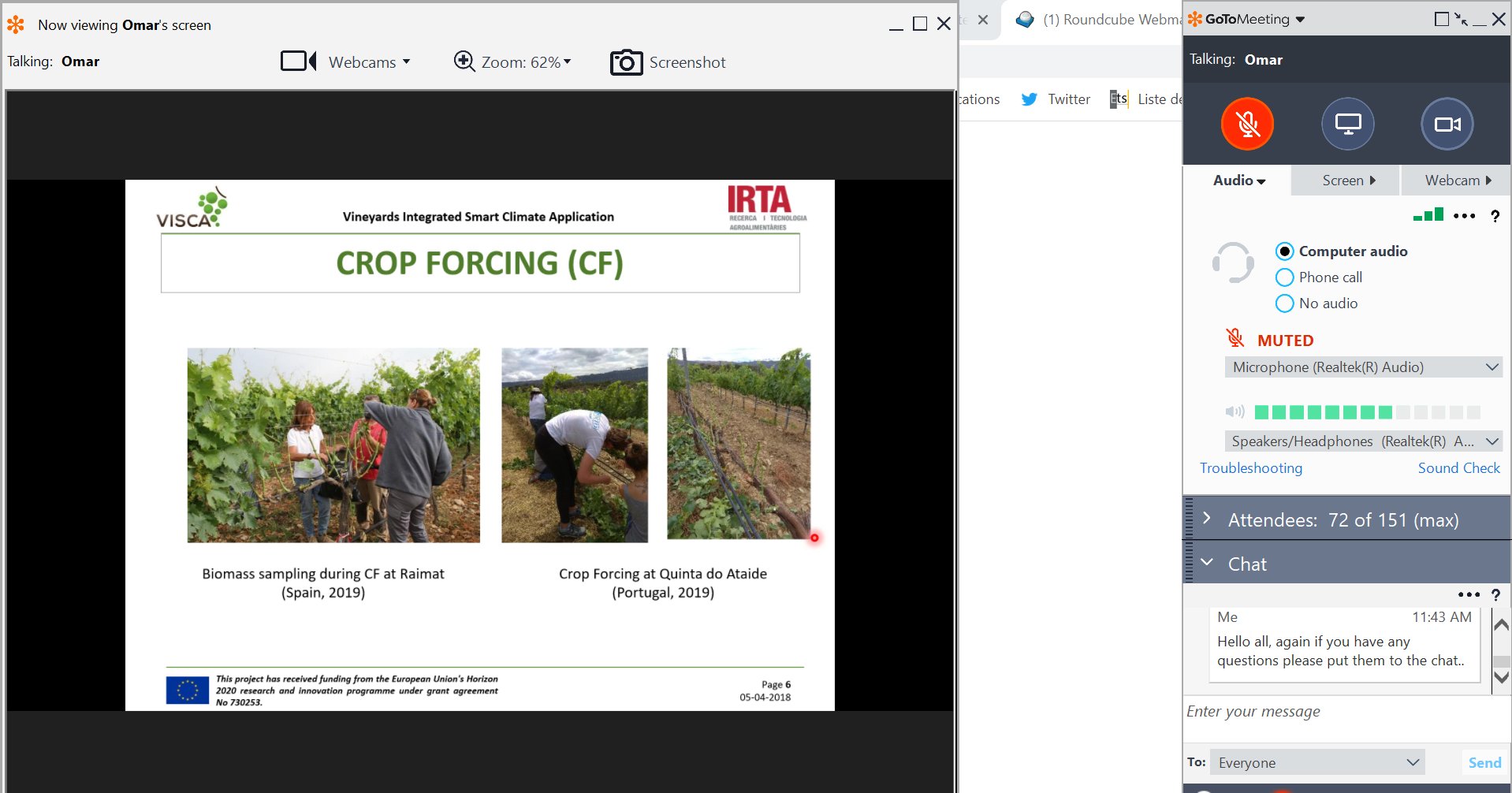 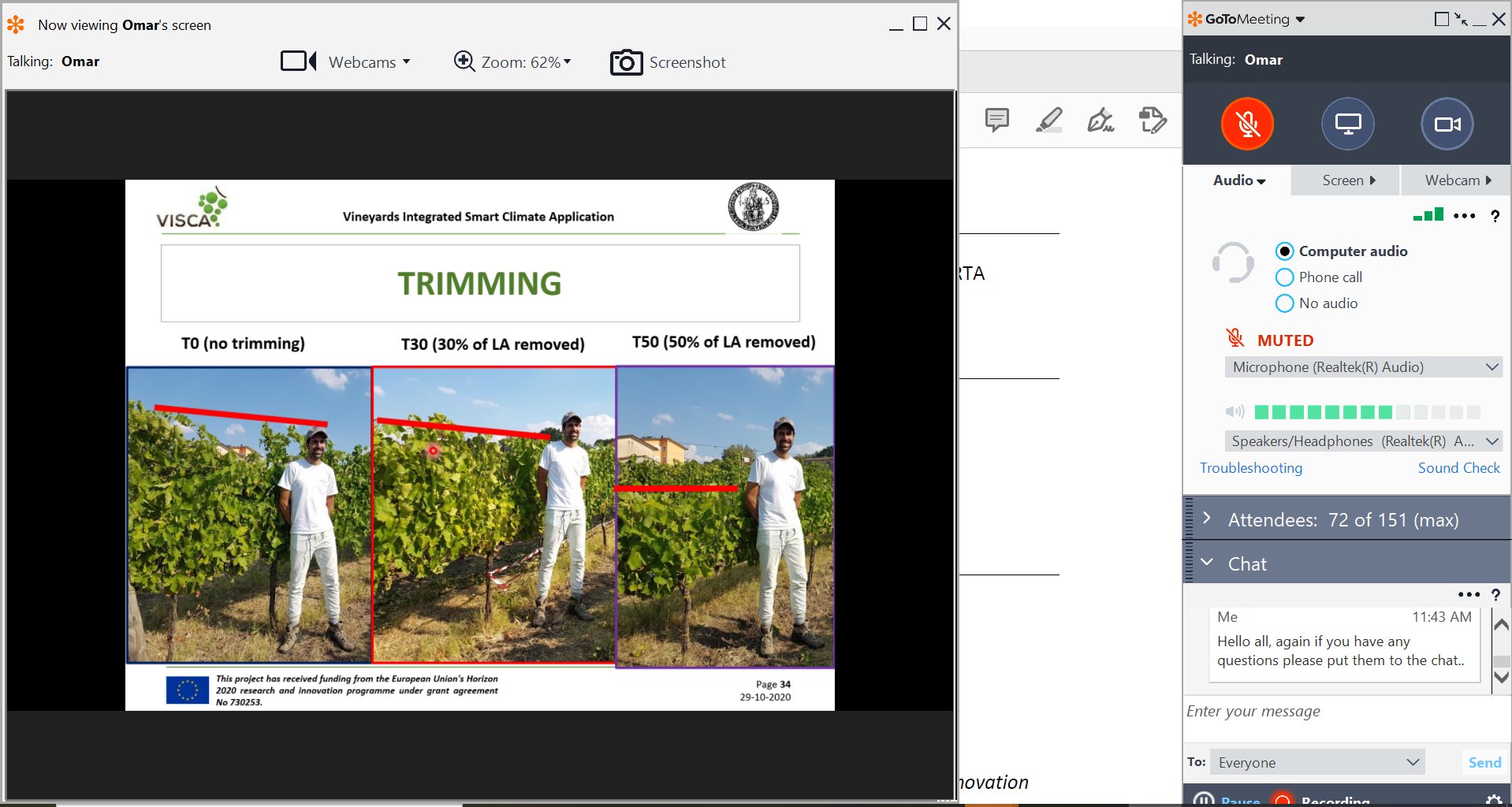